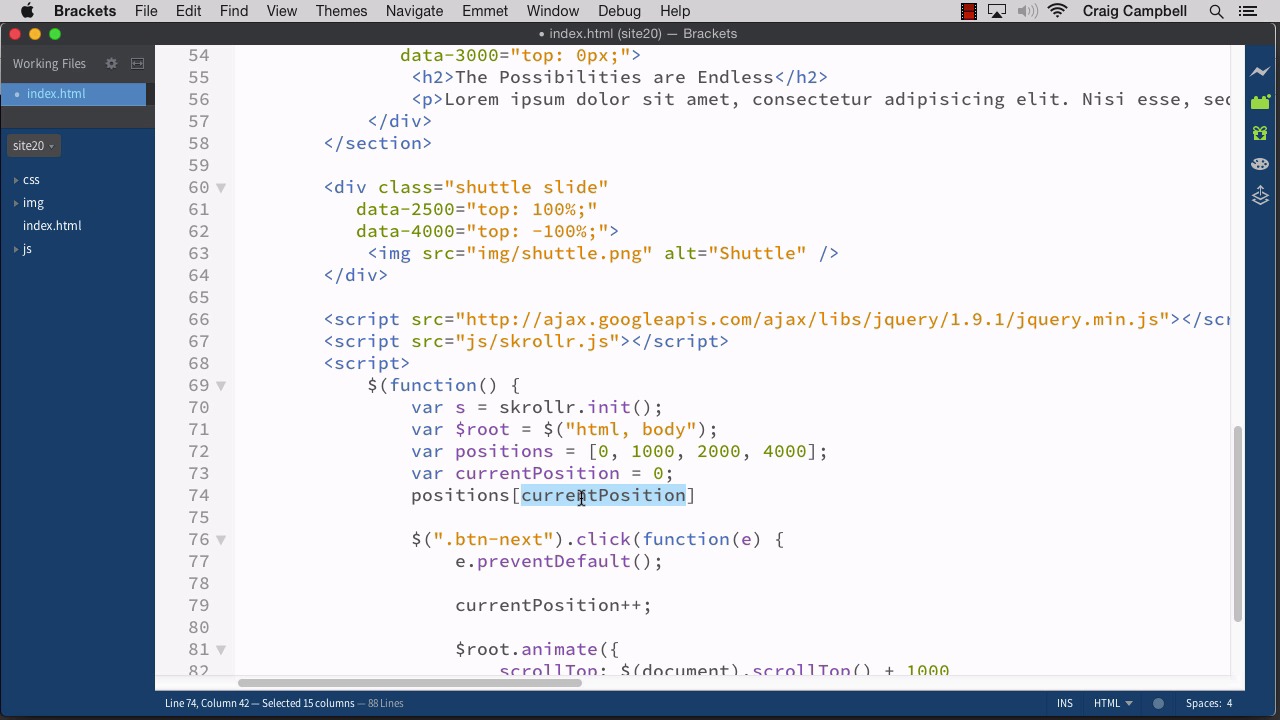 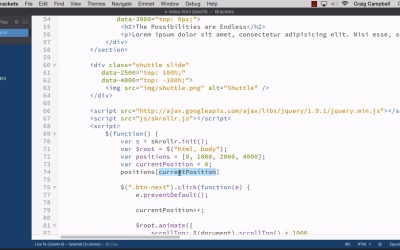 5.3 Setting Up Your Scroll Positions

Every animation has its keyframes. In this lesson, you will set up the keyframes for your navigation using a simple JavaScript array, after which you will create animations using those stored positions.

5.3 Setting Up Your Scroll Positions