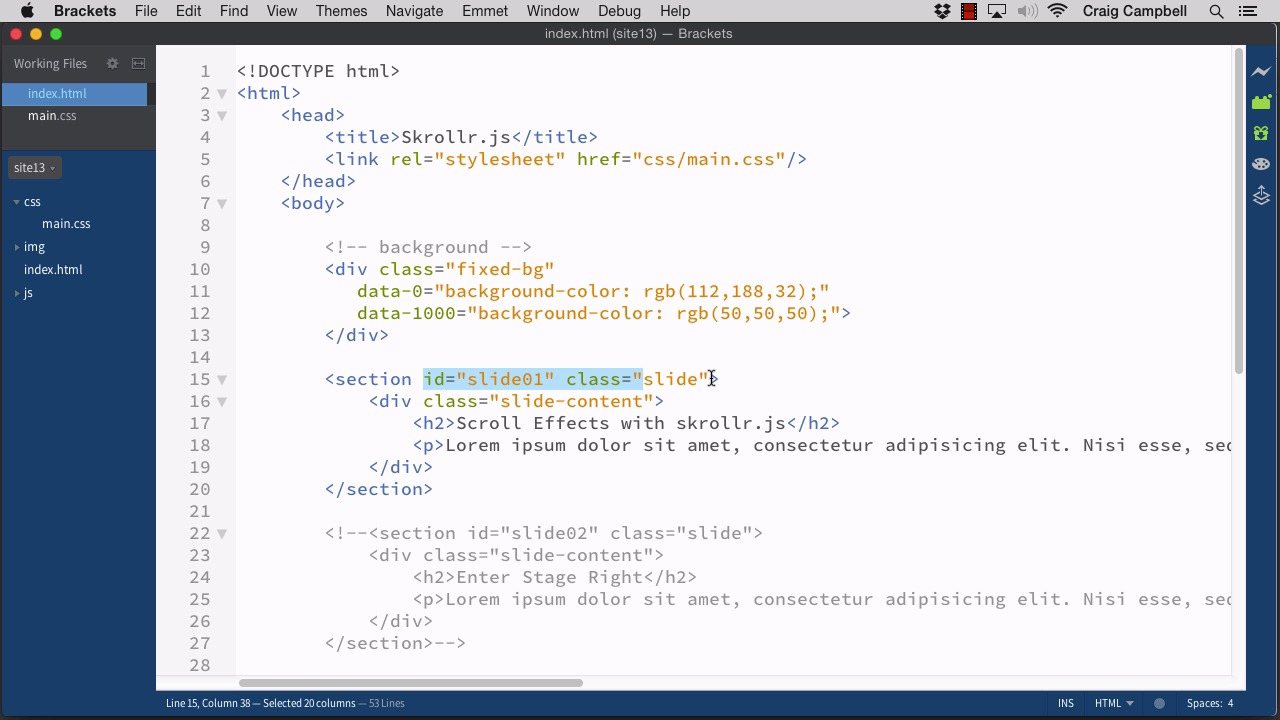 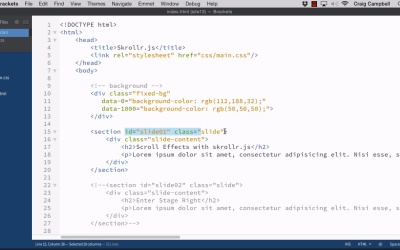 For your first transition from slide one to slide two, we'll animate the position and the opacity of the content.