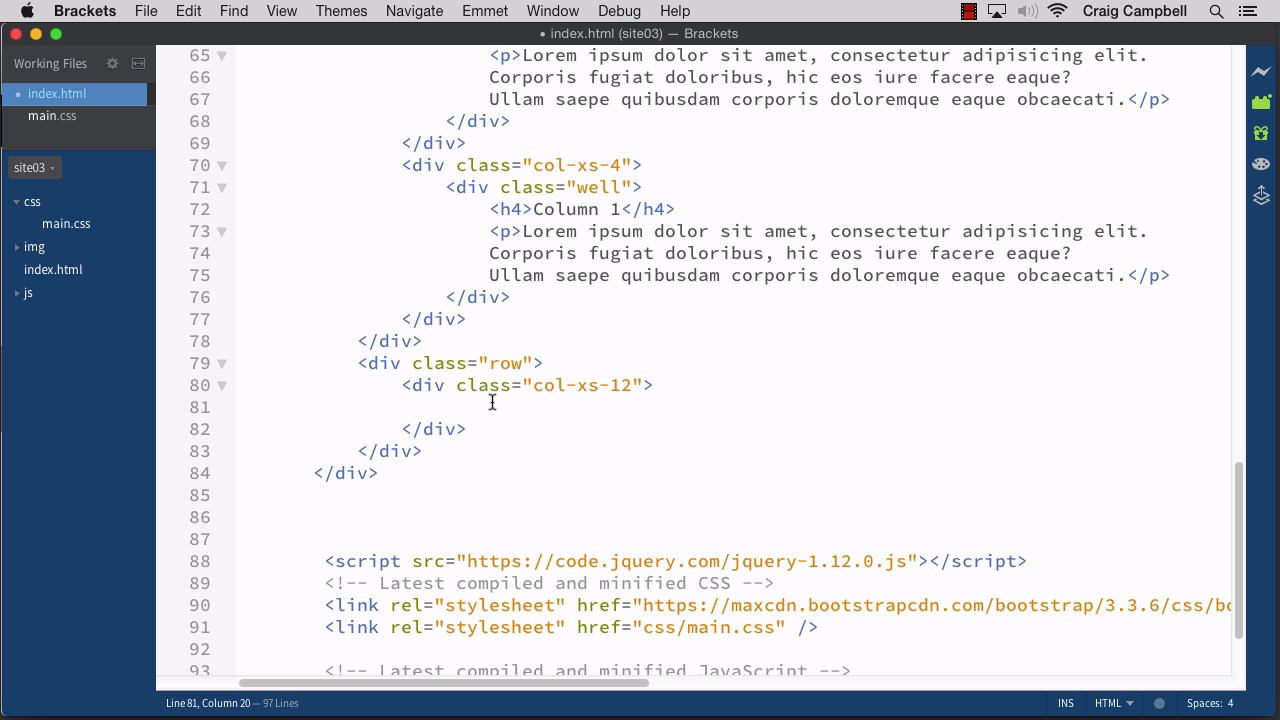 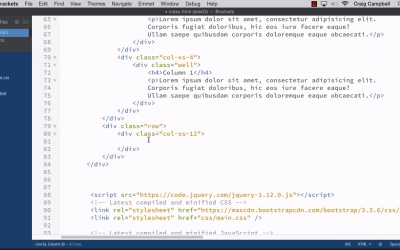 With the header in place, it's time to move on to the body of the page. As we fill out the body, we will insert the divs that will eventually contain our parallax background images, though they won't be fully functional just yet.