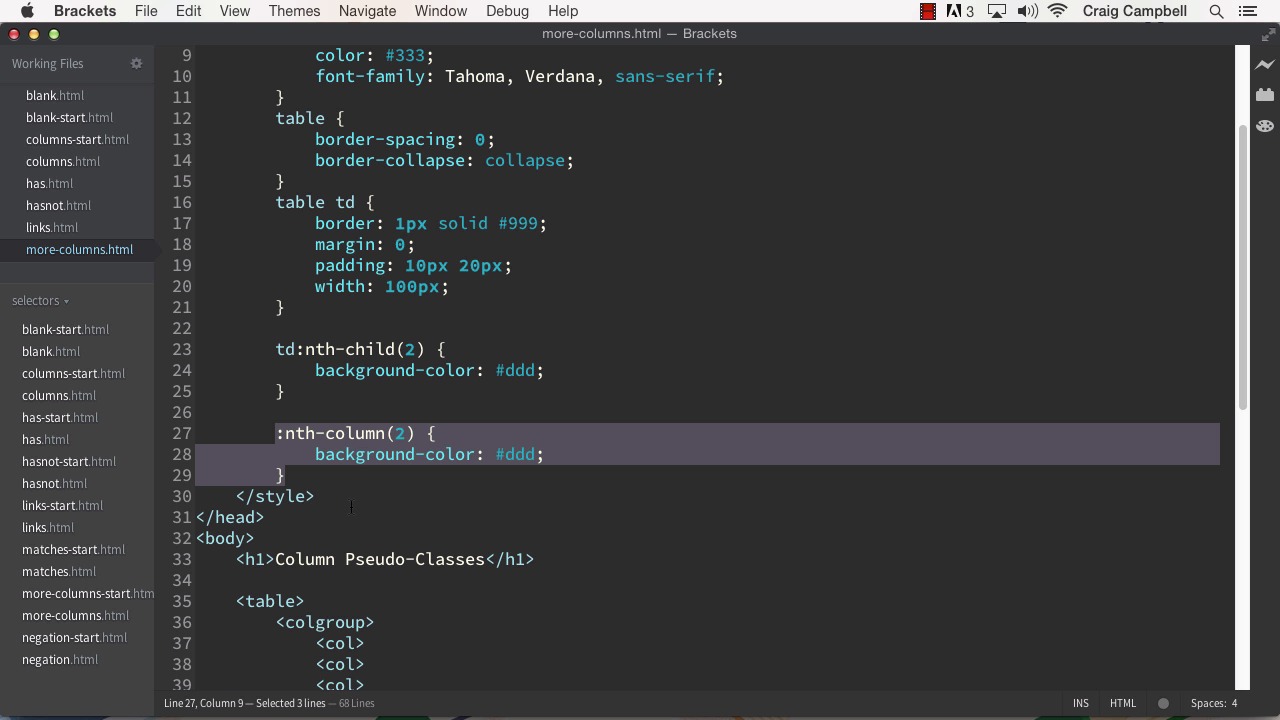 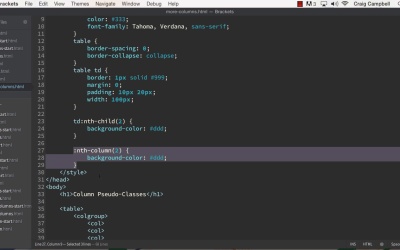 In this lesson, we’ll expand our discussion on the future of styling tables as we take a look at a couple of pseudo-classes that may soon be available to help us out.