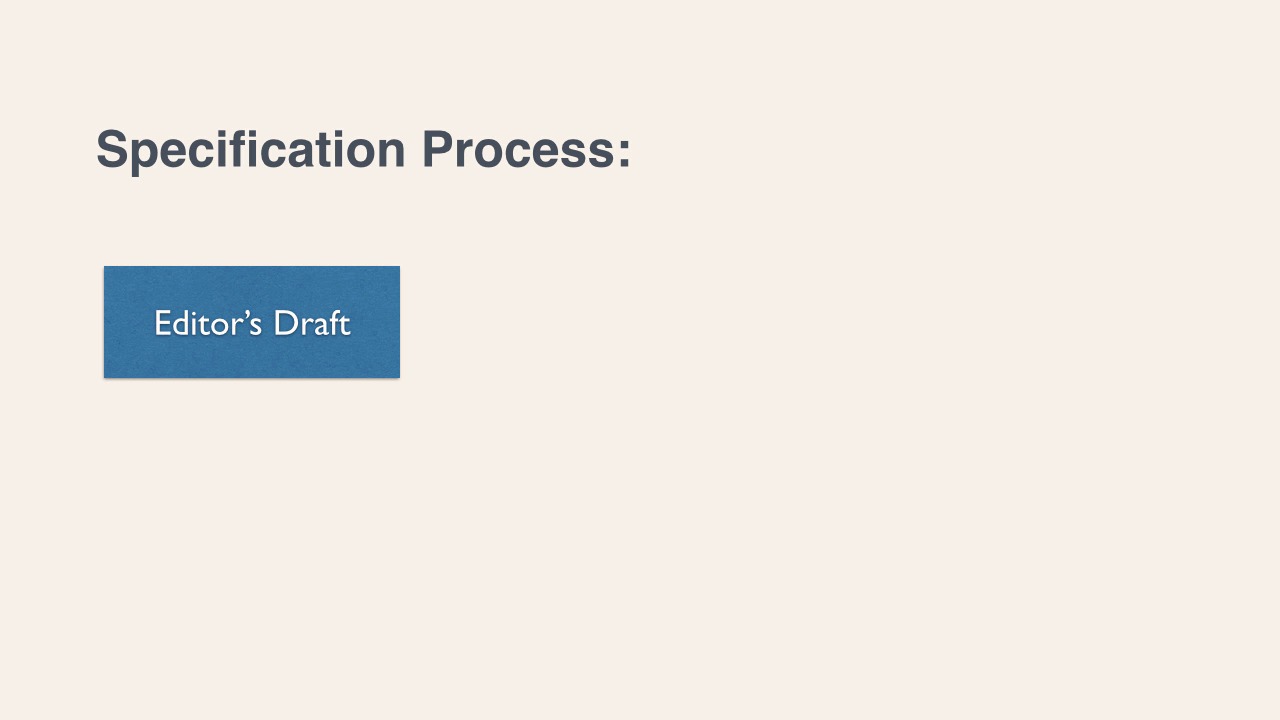 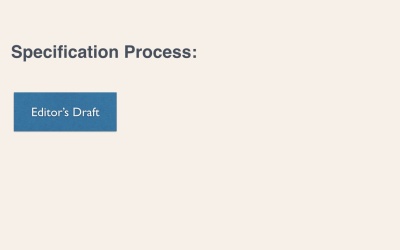 Ever wonder where new CSS features come from? In this lesson, you will learn a little about the W3C and how the whole standardization process works.

Hello and welcome back to the CSS of the future. In this lesson, I wanna talk about the specification process or the process that a CSS specification goes through before it becomes standardized. Now before we talk about the process itself, I wanna take a moment to talk about the group that carries out this process. And that group is called the W3C Cascading Style Sheets Working Group. Now, obviously that's a mouthful, so we've shortened it to the CSSWG. The CSSWG is made up of about 100 members and it's headed up by two men named Peter Linss and Daniel Glazman. And one of the main tenants of the CSSWG, as with other groups within the W3C, is this idea of working towards consensus. Now consensus in the context of the W3C doesn't mean that you're necessarily going to have unanimous decisions. Now, a unanimous decision is the ideal, however it's not absolutely required. Instead, this idea of consensus simply means that the group is going to listen to any and every idea before throwing an idea out. It's the idea that everyone has a say and that we're going to listen to everyone in the group and every objections that might come towards us before we make a decision. So again, this idea of consensus doesn't necessarily require unanimity, but it does require most of the group as a whole to agree on a decision before they move forward with it. Now that we understand a little bit about the group itself, let's talk about the specification process. Now the specification process is comprised of six stages, but two of those stages are kind of short transitional stages, so I just wanna talk about the four major stages of the specification process. The first stage is called the editor's draft. This is kind of a brainstorming stage where people are throwing out ideas and rejecting ideas. And at this point in the specification process, a specification really does change quite a bit from one end of the spectrum to the other. But if the group decides that this particular specification or this particular idea is worth pursuing then it moves on to the next step, which is the working draft. In this step, this is kind of a design process, where you're feeling out the idea a little bit more, exploring it a little bit more in depth and really coming to a consensus on whether this idea is going to work or not. At this point, the idea is either rejected completely or it moves on to the next stage which is called the candidate recommendation. At this stage, we're really concerned with implementation. This is where a lot of the browser vendors come in and start implementing these specification. Now some browser vendors might jump in early during the working draft, or some even as early as the editor's draft on occasion and start implementing these ideas and jumping on these bandwagons early. But it's usually during the candidate recommendation stage that most of the browser vendors come in and really start implementing it in a standardized way. Then once all the kinks are worked out, we move on to the final stage which is the recommendation stage. At this stage, there's really no work left to do. For all intents and purposes, in the recommendation stage, the CSSWG has nothing left to do with the specification. It's done, it's out there, it's considered dead. Now the working group might be called back together on occasion to do some maintenance work on the recommendation, but for the most part, once it gets to this stage, the specification is complete and it's out there in the wild. So now that you understand the specification process a little bit better, hopefully next time you're on the W3C website reading through a working draft of a given specification, you'll understand a little bit more about where that draft is and the process of getting it standardized. So thank you for watching. And in the next lesson, we'll get started looking at some of the features that we can hopefully look forward to seeing in the near future.