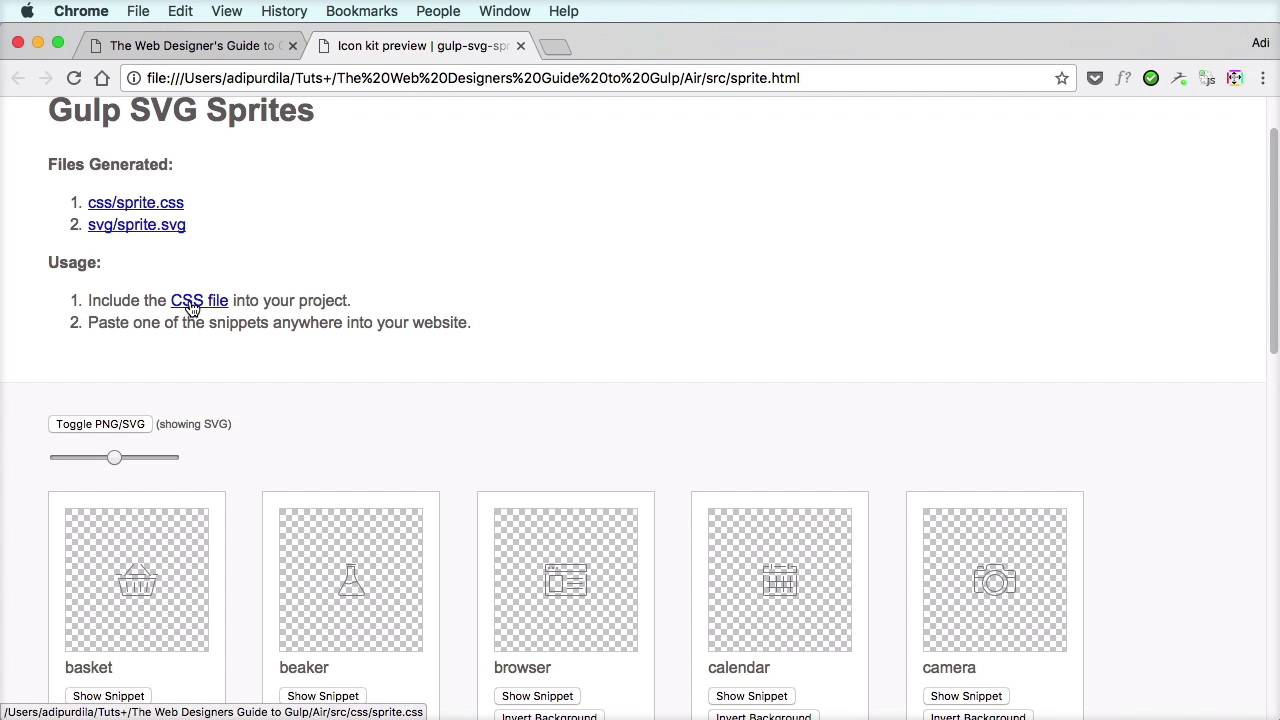 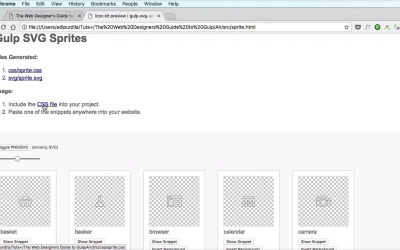 5.2 How to Generate SVG Sprites

In this lesson you’re going to learn how to generate SVG sprites out of a bunch of individual SVG files using, of course, Gulp. This is a very cool technique. All you have to do is pass in some SVGs, and then the plugin will generate a sprite file and the accompanying CSS.

5.2 How to Generate SVG Sprites