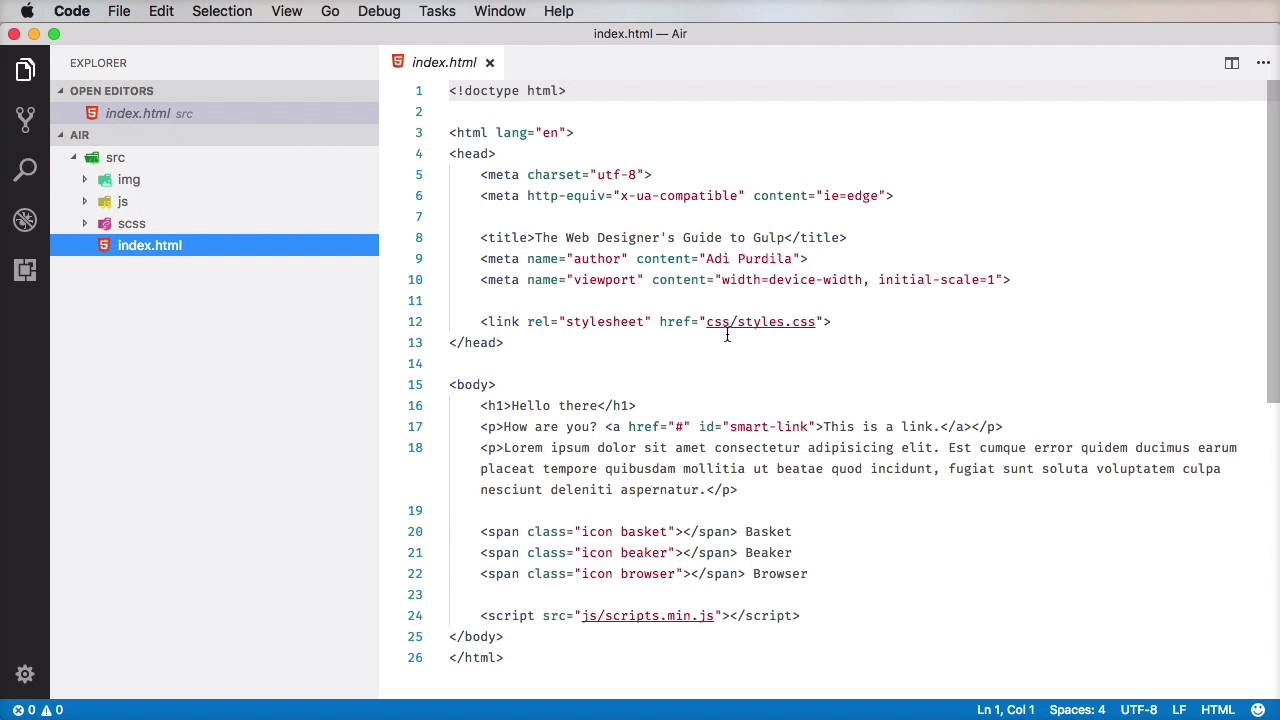 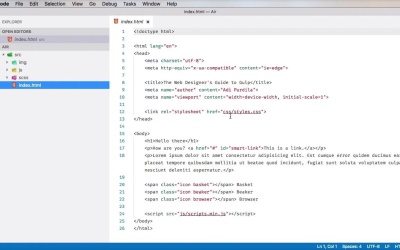 In this lesson you’re going to learn how to set up Gulp. You’ll come to understand what’s behind it and the technologies that power it. Let’s begin.