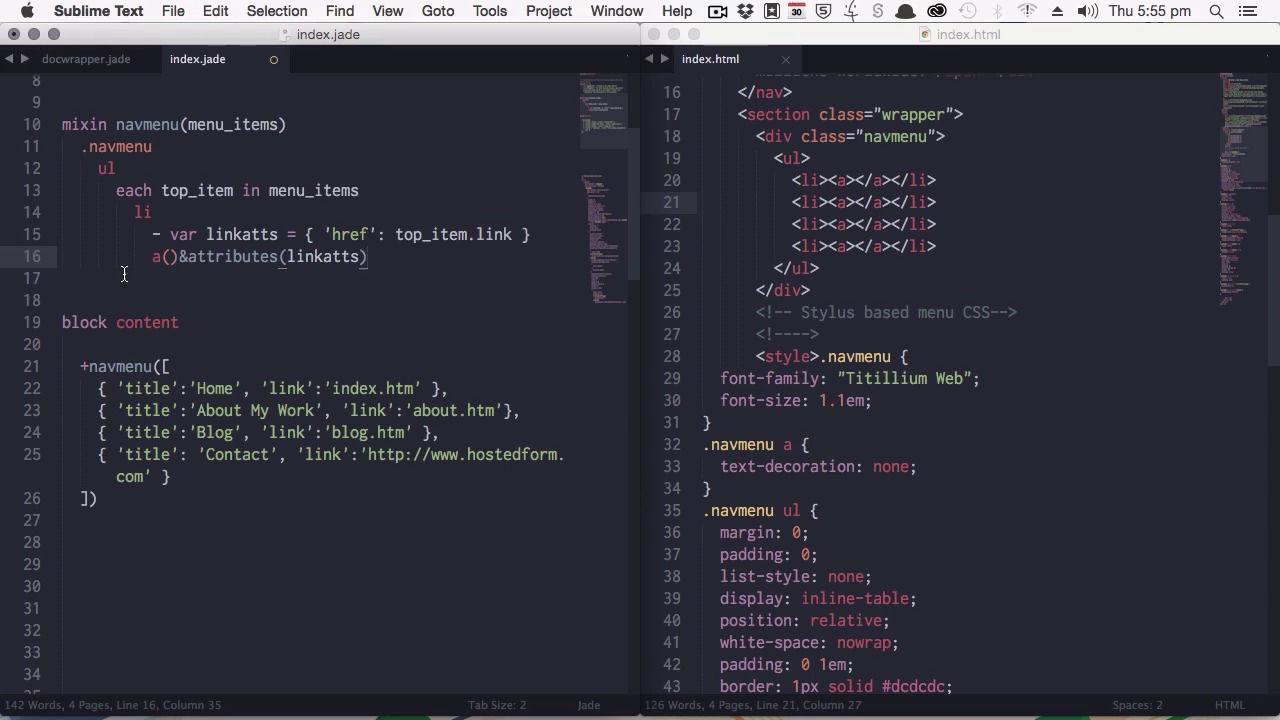 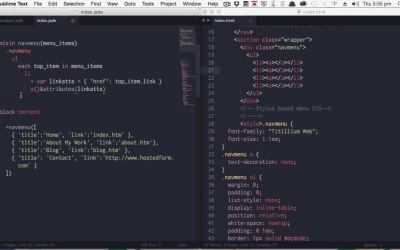 5.2 Create a Nav Menu With a Mixin and Iteration

Jade allows you to create mixins, reusable blocks of code. In this lesson, you’ll create a Nav Menu mixin, while learning to use Jade’s “iteration” functionality in the process.

5.2 Create a Nav Menu With a Mixin and Iteration