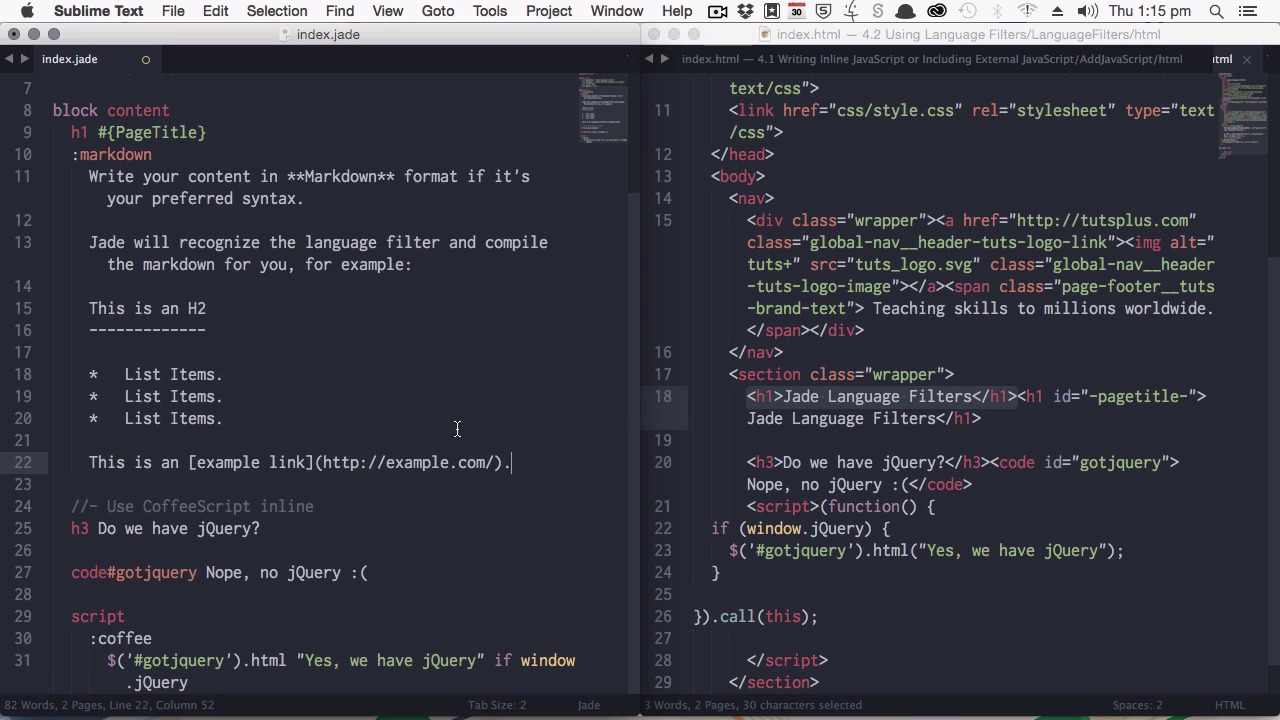 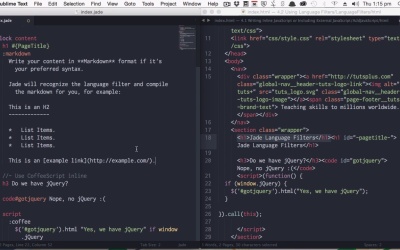 When you use Jade, you also gain the ability to compile several other languages used inline, including Markdown, CoffeeScript, Stylus, and LESS. Learn how to use filters to enable extra language compilation in this lesson.