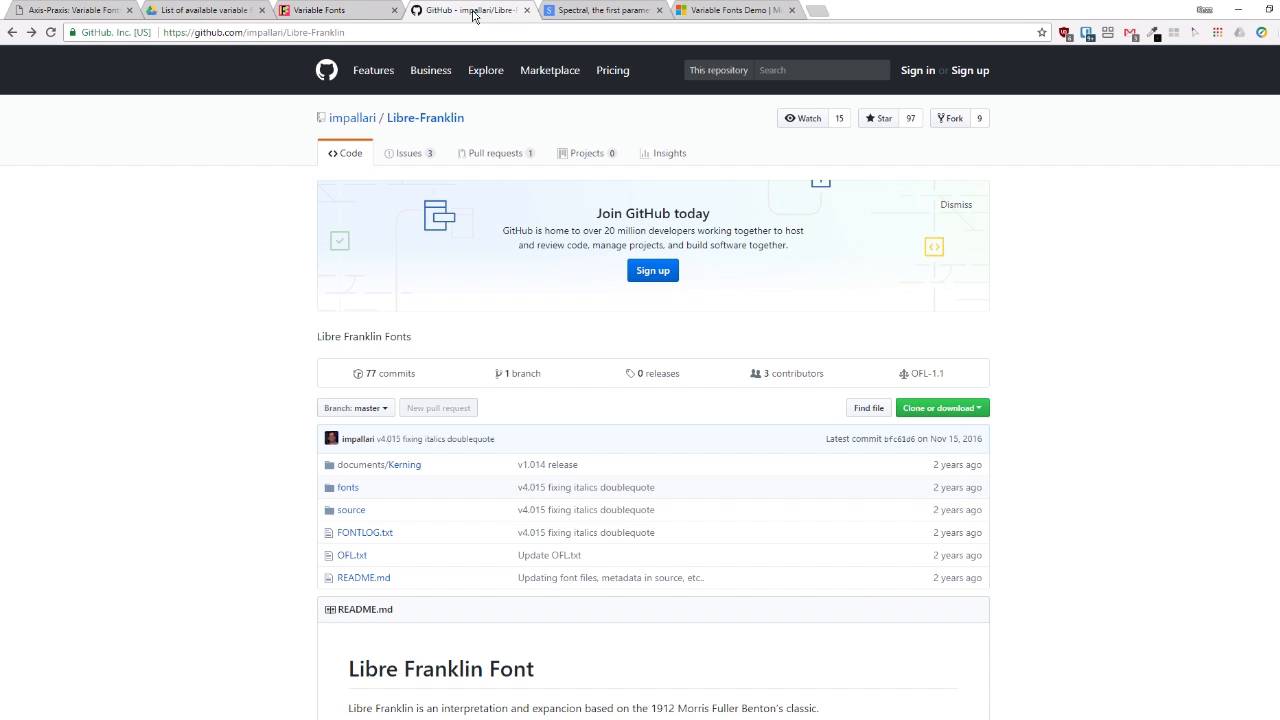 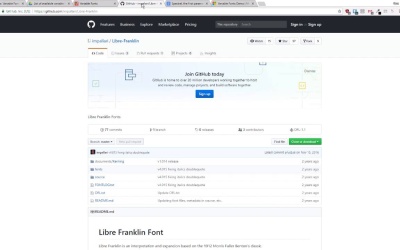 Variable fonts are still fairly new on the scene, so they can be a little tricky to find. In this video, we’ll go over how best to look for them.

Hey, welcome back to Up and Running With Variable Fonts. In this lesson, we're gonna go over a couple places you can actually look to find variable fonts that you might wanna use in your projects. The first place to look is a site that you've already seen a few times so far in this course, and that is axis-praxis.org. And if you look down the left-hand side here, you're gonna find a pretty decent list of variable fonts. So honestly, this is probably the easiest place to start with your search for variable fonts. And as well as fonts that they're displaying in this little playground here, they're also managing this Google Docs spreadsheet that shows you even more fonts. Some of these actually probably have licensing issues, so that's why you don't see them in the playground. But this is a super, super comprehensive list of fonts. Maybe it'll miss some here and there, but this is also a really great place to look. So there'll be links to this in the notes below this video. A third place that I would recommend looking is v-fonts.com, v-fonts.com. This is a lot like Axis Praxis, it's a lightly simpler website that you can go through and check out a whole bunch of different fonts here. Just be sure, when you get to the bottom, that you hit the load more button so that you can keep looking for more font families. Unfortunately, right now it doesn't seem like there are any variable fonts hosted on Google Fonts. However, I expect that's probably gonna change given that Google are involved in the development of these open type variable fonts. And also considering that they've been doing a lot of work over the last couple of years to try to help websites load faster. The Libre Franklin font that we've been looking at a little bit so far, it's already on Google Fonts. But it's regular version is on there, so I'm guessing it's probably just gonna be a matter of time until we see the variable font version. We also have the Spectral font, which is on Google Fonts. This font describes itself as a parametric font rather than a variable font. But given the fact that it can change itself up, I think this is another probable prospect for us to see on Google Fonts as a variable font. So those are some lists, and then the final tip that I would give you for finding variable fonts is actually to search for articles on variable funds. Particularly those written by any of the four companies that are working on these fonts, so that's Microsoft, Apple, Google and Adobe. Cuz that can also be a good way to find fonts that you like. So for example, this is Microsoft's demonstration of variable fonts. It's actually a pretty cool demonstration if you fancy checking it out at some point. And then you can just inspect these fonts, come into the computer tab and see what font family it is that you're looking at. So in this case, that is the Bahnschrift font. So that's just a quick video on this topic. At first it can be a little off putting when you go to all of your normal places to try to find fonts to work with, and you can't any variable fonts. So instead, head to the places that I've just described here and you should have plenty to play with. All right, so then once you've actually found some fonts that you like and you've downloaded them. How can you go about actually previewing them, so that you can tinker around a little bit with the access settings and make doubly sure that these are fonts that you actually wanna make use of? Well, that is where you need some kind of preview tool. So we're gonna go into how you can preview variable fonts that you have downloaded in the next lesson. I'll see you there.