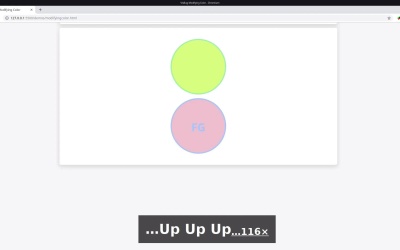 With VisBug, you can modify the colors of background and foreground elements visually. You can either directly set a color of your choice via a color picker, or use the “Hue Shift” tool to dial through various hue, saturation and lightness values until you hit the color you like most.

Let’s see how to use these color modification tools in this lesson.