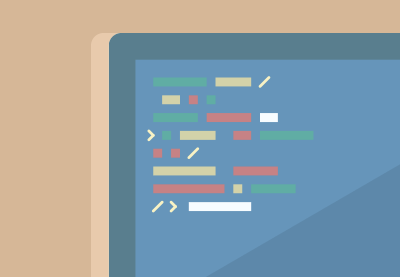 For Windows there are a couple of editors you can use, but probably the most accessible is Notepad++. This is like a bigger brother to the built-in Notepad program inside Windows.

For Windows there are a couple of editors you could use, but probably the most accessible is Notepad++ which is like the big brother to the built-in Notepad app you can find inside Windows. So let's have a look at it. This is Notepad++. It's Windows only, and as you can see, it looks like a typical Windows program. Now, this editor has a few features that could help you in your workflow, but it is kinda limited in some aspects. So let's see about the UI first. As you can see, we have this Project panel here on the left side. And then on the right, we have the actual editor window with tabs on the top. So here I actually have the bootstrap package loaded here. So let's open our CSS file, and what else? Let's open our less file. And so switching between these is fairly easy. Looks pretty good. Let's actually change something in here to see if we get any notification to save, and no we don't. So if you remember from the other editors, whenever you were changing a file, you would get some sort of visual cue that that file needs to be saved. But that's not the case here, which is unfortunate. But one thing that is actually good here is the code folding. So we have that, which is nice. Now there is code completion here, so for example, if I type btn, you can see all the previously used classes, which is nice. And let's see, also closes the brackets automatically. So that's pretty nice. It makes writing code a bit easier, but other than that, it's pretty limited. It does not have multiple cursors, multiple select, however, it does support multiple themes. And so, it means you go to Settings &gt; Style Configurator, and you can choose from a variety of themes here. And you can also tamper with the colors yourself. So that's pretty nice. You can customize it to your liking. There are also a lot of shortcuts you can use. So here you can see the shortcut mapper. And you can see some of the macros here, run commands. For example, you have the options to launch in various browsers, and that will work depending on what file we have selected here. So if I have this selected I go to Run and I go Launch in IE, Chrome, whatever it is, it's gonna open that file in the browser. Let's take a look again at the shortcut mapper here. And you can basically see all the shortcuts you can have for this, including switching between tabs, using the numpad, which is pretty nice, and all of these are customizable. So that's a good thing. Another plus for this editor here is the actual visual preferences, which I guess it's present in pretty much all Windows applications. So we have a visual UI for editing your preferences. And you can edit pretty much everything general here, stuff related to the editor. You can even have cloud settings. You can connect to Dropbox, OneDrive, Google Drive if you want, so pretty good. Now this header also has plugins. So if you go to Plugins here, you're gonna see a couple of installed ones here. And also a Plugin Manager that gives you a list actually of all the plugins you can install. And you can actually see the full list here. You see the Directory for Notepad++ plugins on a wiki here. And there are a few of them. You get the name version and a description here. Now one thing that this editor does not have is the ability to connect to an FTP server. As far as I've seen, it doesn't have that functionality. Now you might be able to include that using a plugin. So let's actually search here for FTP, let's see, plugins. Okay, so there is one and it's called NPPFTP. Enables you to use NP++ for reviewing or editing remote files. So it works with FTP. yeah, that functionality can be added via plugin. On the left here, as I said, you have the ability to add workspaces and projects. So for example, I can add files to a project, add files from directory, and all that good stuff, and I can also save workspaces and load them at a later date, if I so desire. And that's it for Notepad ++. A very simple editor suitable for simple tasks but not really for any kind of advanced workflow. Now we've seen Mac only and Windows only editors. Coming up, let's have a look at some cross-platform ones, and we start with Adobe's Brackets editor.