Up and Running With WooCommerce 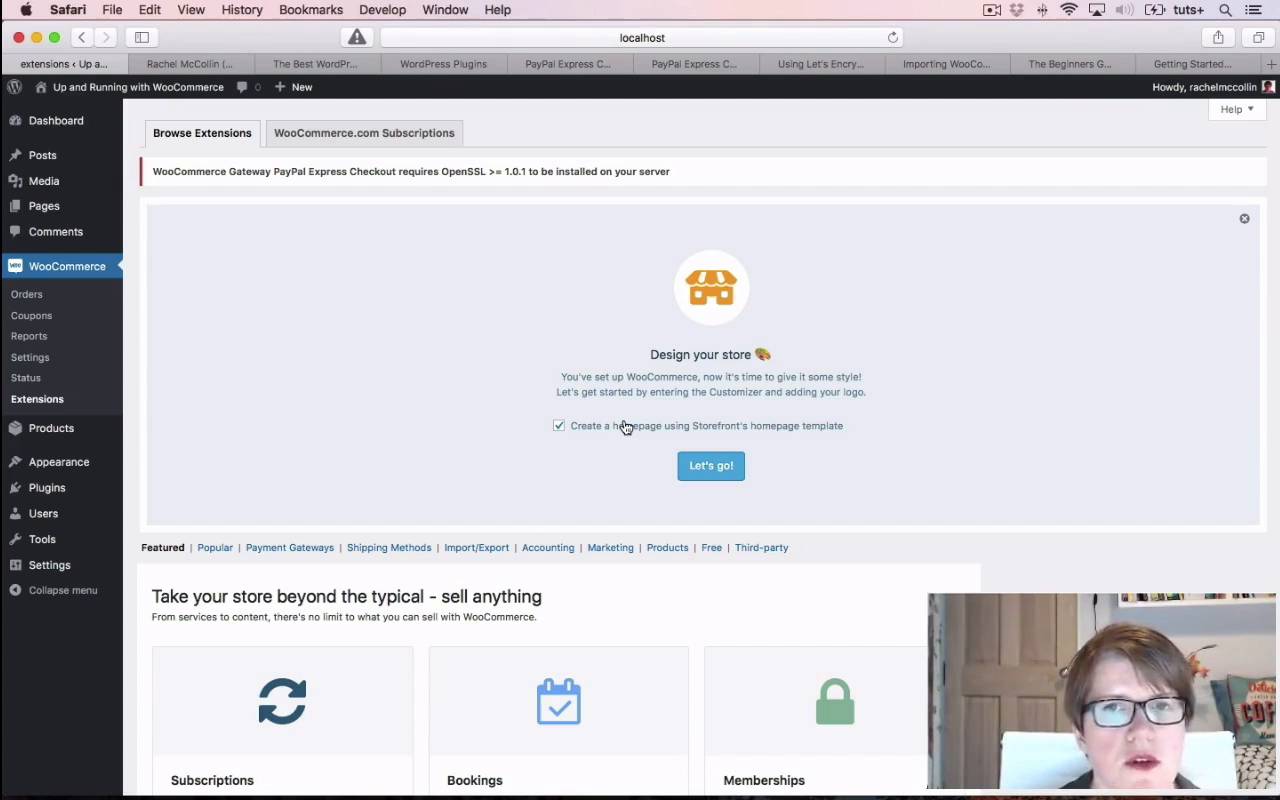 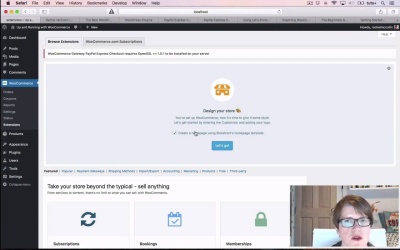 2.3 Questions About the Setup

Now let's take a break from configuring our store so I can answer some questions from the live audience. We'll start with a question about Google calendar integration, and one about securing WooCommerce.

2.4
Install and Customize a Storefront Theme
04:56

2.3 Questions About the Setup

So, firstly from Sebastian we have a question about bookings. Is it possible to export your bookings to Google Calendar? I'm assuming that those are bookings made in WooCommerce. Now what you would need to do if you were adding bookings to WooCommerce, because it's not specifically set up for that, is look at the extensions in WooCommerce. And you can see that I've opened the extensions screen here. And there would be, let me see I can't see if there is one. But I suggest having a look on here on the WooCommerce website to see if there's an extension specifically for bookings. So I'm assuming that people are taking bookings for a hotel or something like that. And to be honest, I don't know the answer to that question cuz it's very specific to bookings themselves. And that's not something that I've set up on a WooCommerce site myself. So with WooCommerce out of the box, you can't make bookings, so you wouldn't be up to export to Google Calendar. But I'm assuming there will be an extension, I'm pretty sure there is. And I think it's probably quite likely that that allows export. So, check that out on the extensions page. And then another question I have, I'd like to see something about ideal integration because just the payment standard for Holland. Also, I know something about how to secure WordPress, but do you have to secure extra for WooCommerce? Let's take the second half of that first. First thing, we've already talked about SSL, you have to make sure you've got SSL to keep details that your customers are inputting into your site secure. As far as WooCommerce and WordPress security are concerned. I don't think apart from that there's any extra security you need for WooCommerce. If you use good word press hardening techniques you use security plugin, for example, or you follow the guidelines on the codex. That would apply to WooCommerce as well, so you don't need to worry about that. The important thing's I would say is that, payments are being taken off site, they're being taken by a third party provider. Never have payments being taken directly in your site and stored on your server because that leaves you open to all sorts of potential problems. Ideal integration, I have to be honest I have not heard of ideal integration, so that would be something that you would need to ask WooCommerce support about. WooCommerce Support forum is a great, you ask them a question it's free they'll answer them. And I've had very detailed support from WooCommerce where they've logged into my site and checked out any issues before, obviously you don't need that you've got a more general question. So I suggest asking WooCommerce support if they can help you with that. And we've gotta funnel into that question, ideal is an e-commerce payment system used in the Netherlands based on online banking. Using direct online transfers from the bank account, which I believe that all online payment systems do. Again, [LAUGH] I don't know whether WooCommerce will integrate with it, but let's have a quick look at payment gateways. I don't wanna spend too long on this, cuz it's one person's question. I can't see it now I'm afraid. So what I suggest you have a look, is the WordPress plugin directory because you might find that somebody else has developed a plug in that does that. Or have a look on the website for ideas itself because they might have an integration with WooCommerce that might help you.

Rachel McCollin
Rachel McCollin is a WordPress developer who writes books, articles and tutorials about web design and development, with a focus on WordPress and on responsive and mobile development. She runs a web design agency in Birmingham, UK and has published three books on WordPress, including WordPress: Pushing the Limits, an advanced resource for WordPress developers. She's currently writing her fourth book.
rachelmccollin