Cognitive Biases You Need to Master to Design Better Websites

No one can simply eliminate his or her biases. Due to their innate nature, we can consider ourselves lucky that we’re even aware of them. What we can do instead is notice, harness and use their positive aspects in our designs.

Cognitive bias is a systematic error of our heuristics–subconscious associations, beliefs and split-second judgments. Everyone is somewhat irrational, emotional and biased. On the one hand, these are natural ways of coping with information overload. On the other, they often leave blind spots in our understanding of the world.

Cognitive biases enable us to act quickly, create explanations and meaning, distinguish crucial details, and process vast quantities of information. That’s why having them in mind when designing websites is a good idea. Let’s look at six different examples.

We learn something new every day, and the “Dunning-Kruger” effect is a bias which makes people with little knowledge on a subject substantially overestimate their abilities. Meanwhile, more experienced individuals underestimate their experience. It’s difficult to judge your skills when you don’t know what others don’t know.

There are many real-life examples of the Dunning-Kruger effect. Past studies have shown that 93% of Americans believe that they have above average driving skills. Around 42% of software engineers believe they are within a company’s top 5% of workers. Or just simply look at the people butchering songs on American Idol.

The best antidote to Dunning-Kruger’s effect is a combination of learning and self-awareness. If your skills are limited, reach out to other people who are more experienced on the subject. If you’re the expert and have spent years in the business, trust your guts. You should already be aware of what you know and what you don’t.

“Real knowledge is to know the extent of one’s ignorance.”

2. The Curse of Knowledge

To have great poets, there have to be great audiences. In some cases, talented and seasoned designers suffer from the “curse of knowledge”–a situation where well-informed people are unable to place themselves in the shoes of the regular onlooker.

That’s right, knowing too much can hurt you and your work unless it’s dedicated to a professional and educated audience.

Keep in mind that you’re not your user. If you have lots of technical knowledge, have a less experienced designer or person test your website before putting it to use. Ask a less informed person to think about UX and design.

Recency bias revolves around the idea that people are more likely to recall recent events or details. Our actions and decisions are profoundly influenced by events and prompts that come last in the sequence–there’s little to no rational thinking to it.

For instance, if you want a user to take action and sign up for your newsletter, mention the value of your newsletter before presenting them with the sign-up form. Signing up will inherently become a more well-informed decision.

Control your contexts to improve the user experience. Create designs that guide users instead of neglecting them.

Sometimes people get so far into innovation that they are carried away by excessive optimism despite its practical implications. In such cases, designers fail to recognize limitations and weaknesses that lurk behind the hype and excitement of “new” and "innovative."

Just take a look at Segway. Back in 2001, it was titled “the transport of the future.” After raising over $160 million, receiving interest and support from people like Steve Wozniak and Peter Shankman, it was considered to be a game-changer. However, the people behind it failed to notice how clumsy, uncomfortable and lazy it is for a regular person.

“Design is not just what it looks like and feels like. The design is how it works.”

System justification bias is the opposite of the pro-innovation effect. Here, individuals tend to bolster and defend existing systems and ideas just because they are used to it. In most cases, these are social, political or economic alternatives, but it can carry over to web design, too.

When I was a junior designer at an agency in London, a senior designer would come to me and teach me how to do things one way or the other. I would politely accept what I was shown, try it, and figure out that it’s not the most efficient way to do it. However, I didn’t say anything and kept doing what was taught by someone my senior although I knew it wasn’t right. The fear of challenging someone whose status was higher led me to keep doing inefficient work, wasting my time and that of the agency.

Don’t justify old systems just for the sake of the system. If you know a better way to do something, do it. People dislike new things, but sometimes that’s the only way to move forward. System justification is why most groundbreaking innovations take so long to adopt. If the new solution is better than the old one, don’t just let it be. Be open to new and better alternatives.

System justification is carried over to the user-end, too. For instance, many people dislike redesigned company logos at first, but when some time passes, they don’t seem to mind it anymore. Remember the infamous Instagram logo change back in 2016? By now it has become the new norm. Sometimes, moving forward at the expense of current situation is the way.

In a perfectly rational world, people challenged with facts and evidence would change their point of view accordingly. However, in the real world, that’s rarely the case. Even worse, counter-evidence tends to strengthen held beliefs. It’s called the backfire effect.

For instance, a study by The University of Chicago tested people’s opinions about welfare programs. It revealed that majority of people were misinformed about the federal welfare. Despite that, the least informed people expressed most confidence in their knowledge.

The backfire effect shows us that you can’t counter misinformation with logic, reason and facts, even when your intentions are good. Your visitors will believe what they believe and no objective facts will change their deeply held beliefs. Instead, try to understand them and design to appeal to their emotions. Use qualitative research if necessary. Figure out how visitors how they feel about spending online, work-life balance or online marketing. Get to know their core beliefs before advancing your agenda.

These were just a fraction of the biases that we encounter on a daily basis. If you’re an experienced designer, your idea of great user experience can be users’ nightmare. The best way to overcome your biases is by consulting your peers, team members and colleagues. There’s a reason why thriving companies use 360-degree peer feedback. 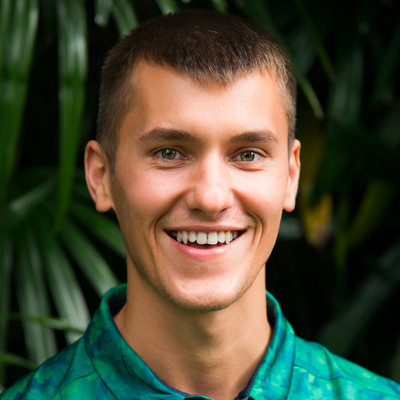