There's a good chance that this won't interest you at all (animated gif Ian? Are you having a laugh?) but I promised someone I'd write this. I've recently been making animated preview images for news posts on Activetuts+, and now I'm over here it's only fair I let Michael know how it's done.

Photoshop isn't exactly an industry leader in the realm of animation, but for simple tasks such as this, it does just fine. We're going to take a standard 200x200px Tuts+ preview image and add a scrolling news ticker to the bottom of it.

Let's grab a suitable photo. Here's one I took during the Envato meetup in Chicago last year, cropped to 200x200px. Open it up in Photoshop. 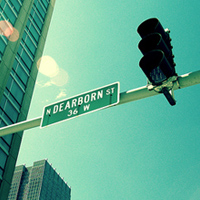 We need just two additional layers for this; a background for the ticker (rectangle colored #104333) and some text with our desired sentence repeated a couple of times. 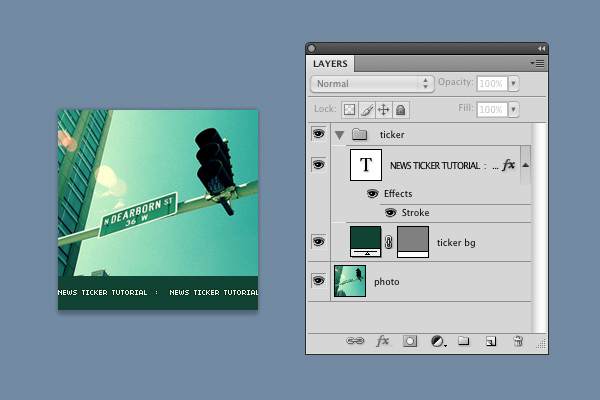 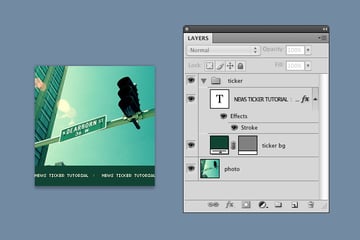 The font is called 04b_03 and is freely available from dafont.com. It's an 8 bit font, which means you'll need to display it at its base size (or a multiple of) with anti-alias turned off for best pixelated results. In this case we're looking at 8px.

It has a soft green tone of #f0fcdf with a semi-transparent 1px stroke of #051a14 (to help it stand out from the background). 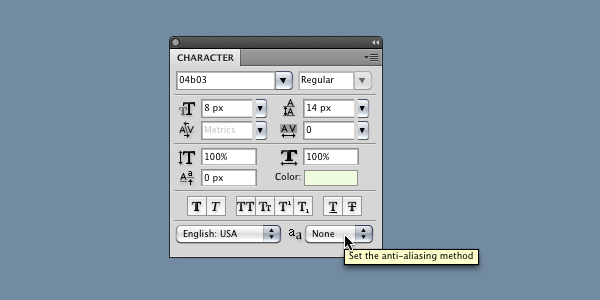 Open your animation window (window > animation) and, using the bottom-right button in the panel, switch to frame view.

You can see the first frame thumb-nailed for you, just make sure the delay is set to 0 sec (directly under the thumbnail image) as we want the frame to play as soon as it's encountered. What you can see in the first thumbnail is the animation in its current state, the layers and objects exactly as you've laid them out.

Hit the "Duplicate selected frames" icon to create a second frame. This is to be our final state. Whilst the second thumbnail is selected, all changes we carry out on our layers are applied to this frame only.

Tween is derived from the word 'inbetweening' and refers to gradual stages between two states, suggesting motion.

With the second frame selected, move the text across the screen in the direction you want it to scroll. You might want to hold down shift to prevent it straying from its horizontal course. Move it all the way along so it appears to be in exactly the same position as it started.

In this case, the "N" is butted up against the left side, so it's easy to see were I'm aiming for.

Having moved your text, select both frames and hit the "Tweens animation frames" button. Doing so will reveal the following dialogue: 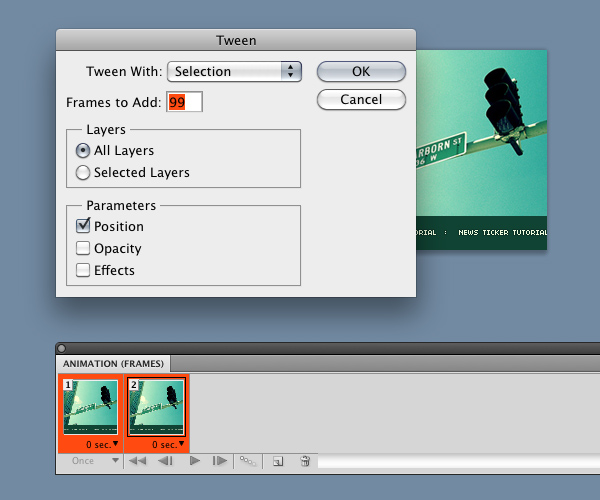 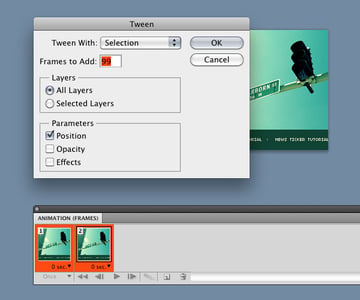 As you can see, I've opted for an additional 99 frames to sit between my two states. I wanted all layers in my document to be output into these frames and I'm really only aiming to animate the "position" property of my text layer. Super. Hit OK.

You'll now have a ton of frames sitting in your animation window and each one probably looks very similar to the next! However, reassure yourself by hitting the play button and watching your text animate before your very eyes. Magic, ladies and gentlemen..

Just to clean things up, select the 101st frame and delete it. As you may recall, it's identical to the first frame, so looping will actually butt them up against each other giving us a glitch in our otherwise smooth animation.

The result is subtle, but in the image above you can see our first frame and our final frame (number 100). Looping will blend them seamlessly.

Step 6: Save For Web & Devices

That's it! Animation complete. We now just have to save our file, so go to File > Save for Web & Devices. Choose GIF as the file type, then at the bottom, within the Animation section, opt to "Loop forever". You can also preview the animation, just to be sure. 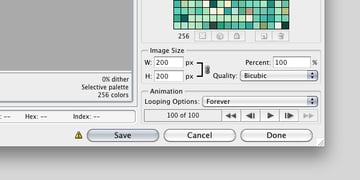 If you want to edit your file, whilst retaining the animation (you may want to change the text and swap out the background image, for example) then all you ever need do is edit the first frame. Keep the first frame selected, select the layer you want to alter and make sure the "Propagate Frame 1" option is checked.

All attribute changes made to that layer will be propagated (reproduced) across all other frames. Add a drop shadow to the text layer in frame one and Hey Presto! there it is right across the animation. Failing to check "Propagate Frame 1" will result in just one frame being altered. 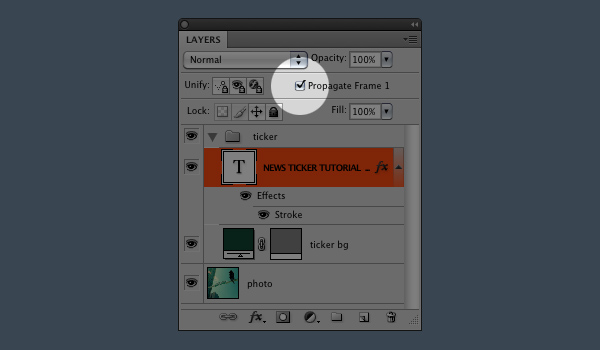 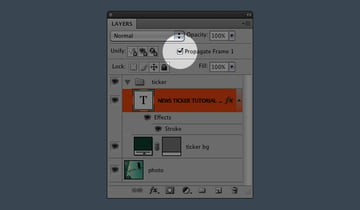 I'm guessing you didn't wake up this morning thinking "There's a real shortage of animated gif tuts out there" and, unless you're an editor of one of the Tuts+ sites, there's a good chance you'll find no use for this. Still, Michael, I hope you found this informative and I expect top quality news post preview images on Activetuts+ from now on :)

Site ElementsAdobe Photoshop
Did you find this post useful?
Yes No
Would you like to provide feedback (optional)?
Cancel Submit
Want a weekly email summary?
Subscribe below and we’ll send you a weekly email summary of all new Web Design tutorials. Never miss out on learning about the next big thing.
Sign up

Ian Yates
Web Design editor at Envato Tuts+
My name's Ian; I'm the web design editor round these parts and I also run the translation project. Ask me anything you like about web design, in any language… I'll find someone who knows the answer! https://www.instagram.com/lycra_against_litter/
Download Attachment
Looking for something to help kick start your next project?
Envato Market has a range of items for sale to help get you started.