Mobile-first Indexing is Coming: What This Means for Web Design

Every business wants to meet its customers’ needs as best it can. Having happy customers means higher customer loyalty and more revenue. It’s as simple as that.

Google isn’t any different. Google’s mission is to organize the world’s information, making it universally accessible and useful. Simply put: they want to help you find the best answer to your question as fast as possible.

Finding the best answer means ranking web pages. Google takes more than 200 factors into account, ranging from the text on a page to the links pointing to that domain. Engineers are constantly tweaking this algorithm to reflect the needs of its users; needs which have changed drastically over the years. Just take a look at smartphone use: research suggests that nearly 60 percent of searches now come from mobile devices.

In this article I’ll explain the mobile-first concept (as it pertains to search engines) and take a look at the implications for web design.

More and more people are using their mobile device–a smartphone or a tablet–to search for information, products and services online. Yet Google’s ranking system still looks at the desktop version of a page to evaluate its relevance to the user.

This might cause some issues. Especially when the desktop version differs from the mobile version. For example:

Company X has two websites: companyx.com, which is the main site, and m.companyx.com, which is the mobile site. The main site provides a great user experience and is completely optimized for search engines. It’s no surprise then, that it receives great rankings. The mobile site on the other hand, isn’t as great. It has outdated information and is difficult to use. In the old days, the mobile site would benefit from the main site and show up high in the search results. Nowadays, with 60% of visitors having a sub-par experience, that’s an issue.

Mobile-first indexing wants to fix this problem. Once fully implemented, Google will primarily consider the mobile version of your site for ranking purposes. This approach has an effect on desktop searches as well:

Note: Google started experimenting with mobile-first indexing in November 2016 but it hasn’t yet been rolled out completely. As Gary Illyes stated in March:

“We’re still experimenting. We don’t have a timeline. It could be a few months or quarters, but it’s definitely not weeks [away]. Don’t freak out, especially if you have a responsive site.” – Gary Illyes

Saying that, it’s a good idea to start making some changes based on an imminent algorithm update. Preparation can give you a competitive edge.

“If you have a responsive site or a dynamic serving site where the primary content and markup is equivalent across mobile and desktop, you shouldn’t have to change anything.” – Doantam Phan

Responsive websites adjust themselves according to viewport size, bandwidth, screen resolution and so on. They show the same core information, but presented differently.

Page speed plays a vital role on mobile. Although 4G peak download speeds are approaching a normal broadband connection, it’s still a constriction for web designers. Mobile speeds vary from location to location and from provider to provider.

It’s important to reduce loading times as much as possible. At the moment, it’s more of an indicator than a ranking factor. But this will probably change when mobile-first indexing is released.

A couple of years ago, Google said that expandable content (tabs, accordions, etc) would not be weighted as high as standard content.

That’s no longer the case. According to Gary Illyes, said content will be given full weight in the mobile-first world. The idea is that expandable content makes sense on mobile and not so much on desktop.

You might remember that the robots.txt file is used to prevent crawlers from accessing certain parts of your website. Some website owners accidentally block their mobile site from search engines, so use the robots.txt testing tool to verify that your mobile version is accessible to Googlebot.

Accelerated Mobile Pages or AMP are stripped down versions of pages that help (you guessed it) speed up loading times. They are useful for those who are on slower connections or don't want to wait for the regular, heavier page to load.

AMP content is shown in the search results, identified by a grey lightning-bolt icon.

For certain websites that want to focus on mobile-first indexing, it might be a good idea to implement this technology.

Is AMP useful for every website? No. Pages that rely heavily on third-party Javascript, cookies, etc. can’t be translated to AMP.

Above All: Don’t Rush

Don’t have a mobile site or responsive design at the moment? Don’t rush the development process! A functional desktop-oriented site will always be better than a broken or incomplete mobile version of the site. Built, test and launch when ready.

If you only have a desktop site, Google will continue to index your desktop site just fine. 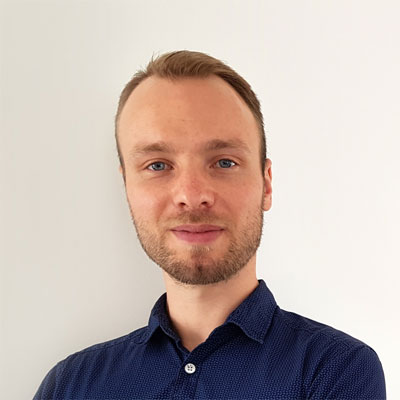