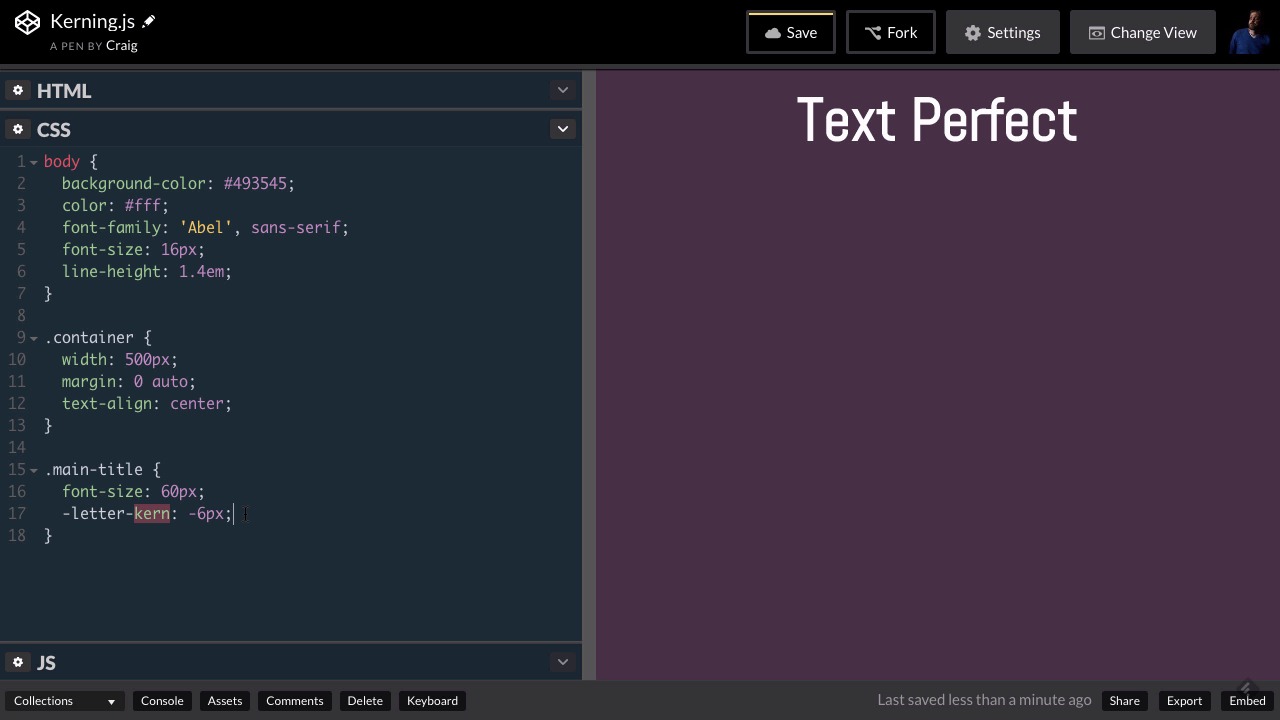 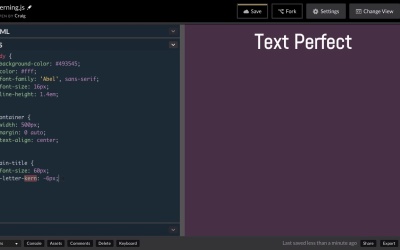 Not all fonts are created equal, and some web fonts honestly just don’t do a very good job of kerning. In this lesson, you will learn how to use the Kerning.js library to specify letter-by-letter kerning for your headings.