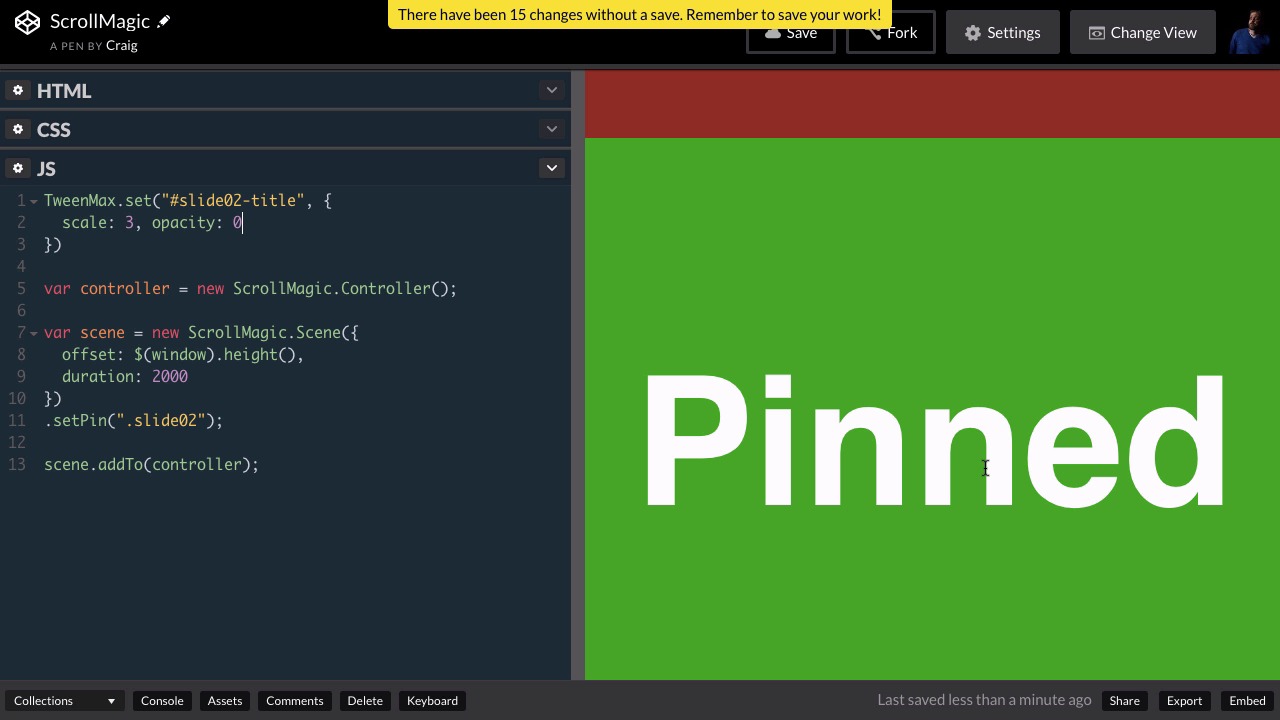 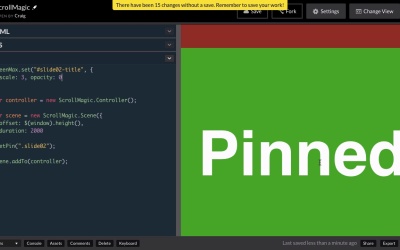 In this lesson, you will learn how to create a simple GSAP animation and control its playback with the scrollbar using the ScrollMagic library.