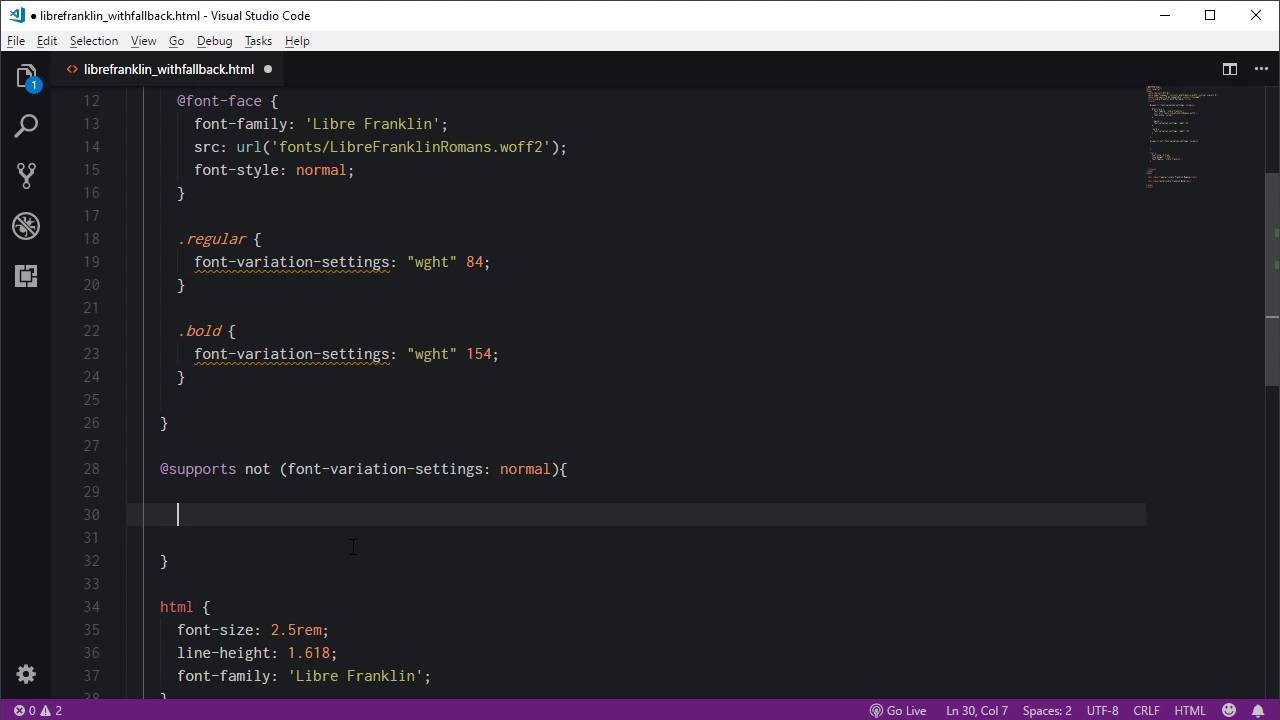 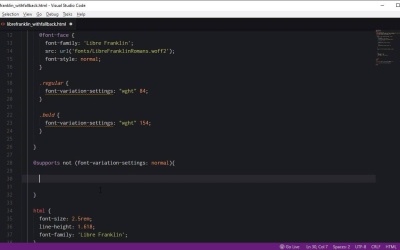 As we talked about earlier, complete browser support for variable fonts is not quite there, so we’ll need to provide a fallback for browsers that aren’t ready yet. We’ll go through creating fallbacks in this lesson.