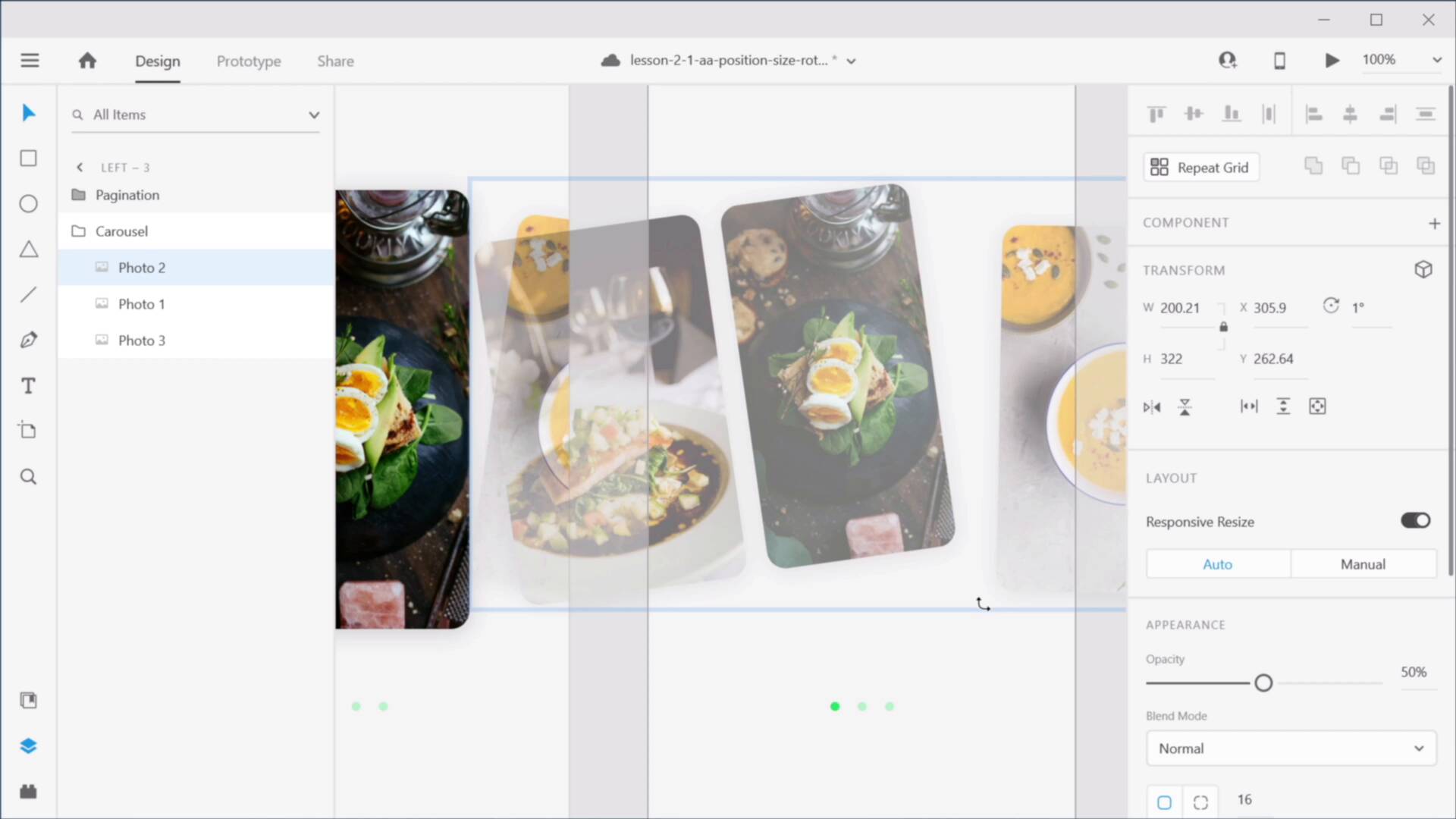 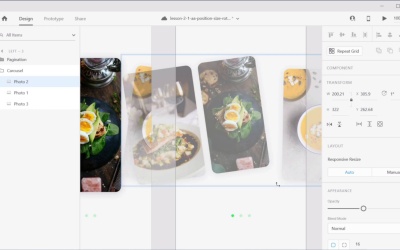 Welcome back to the course. In this lesson, we’ll learn how to auto-animate the position, size, and rotation of elements in Adobe XD. As the course progresses, you’ll see more and more complex uses for auto-animate, but everything starts right here with these three properties. So let’s get started.