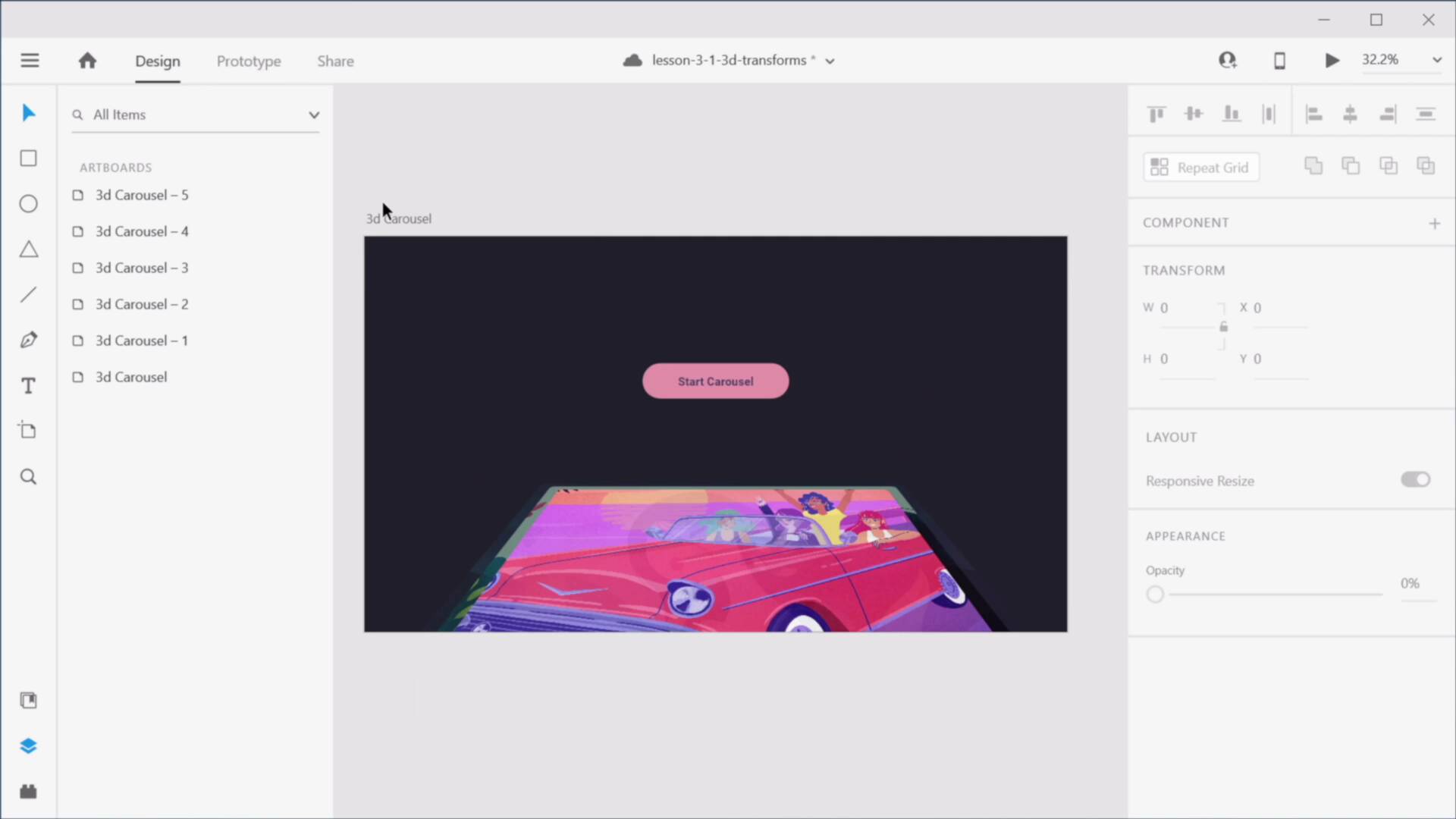 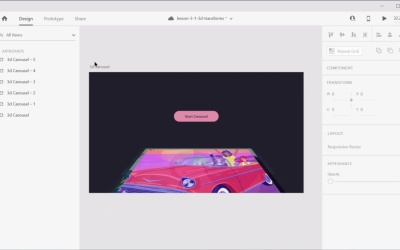 Welcome back to the course. In this lesson, I’ll show you how to create some awesome 3D transforms in Adobe XD and animate them.

I recorded an introductory tutorial a while back (link in the lesson notes), so you can watch that first if you want to learn the basics. Let’s begin.