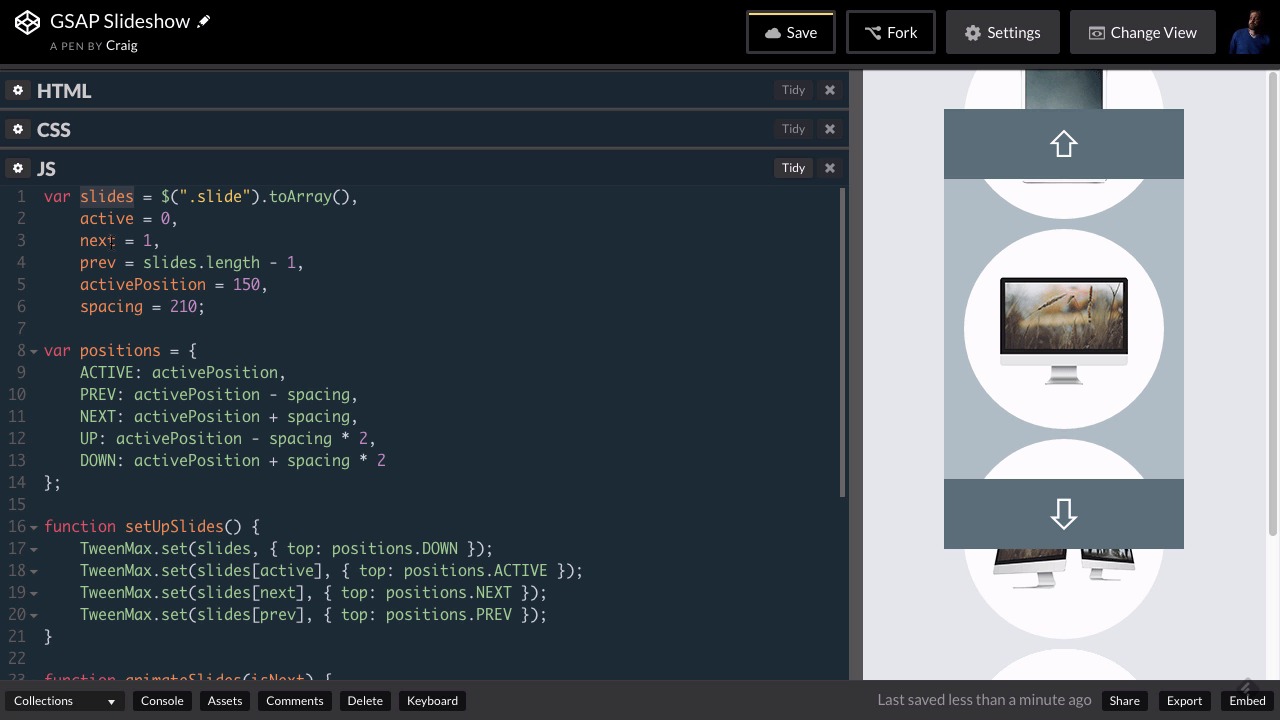 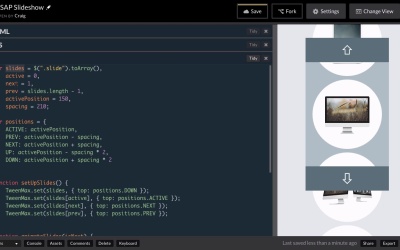 4.6 Setting Up the Animation Array

Now that we know which slide is our “on deck” slide, it’s time to prepare our slides for animation. In this lesson, you will create an array of slides based on which button was pressed. This array will determine which slides need to be animated.

4.6 Setting Up the Animation Array